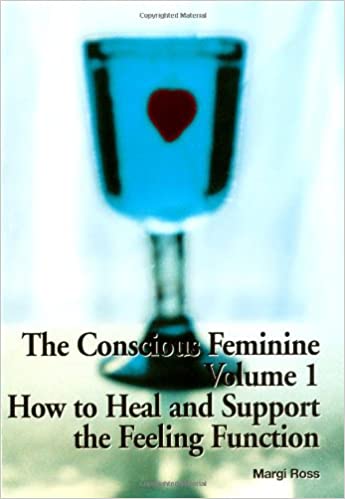 The Conscious Feminine. Volume 1. How to Heal and Support the Feeling Function

And ‘Making the World a Kinder Place’ (This is an edited and abridged version of the first 3 chapters of ‘The Conscious Feminine. Volume 1)

Every time we fail to support the feeling function, we stop the soul, the sensitive, relating side of the psyche in all people, being in the world. If the soul is not supported, the person will either go up for support, or down. When they go up, we speak of people as ‘being in their heads’, or ‘splitting.’ They often then unwittingly become vulnerable to taking on attitudes which are against the soul, including their own. They become inflated and often do and say things which reveal their sense of superiority in relation to all things vulnerable and human. In mythology, the sky god, Uranus, hates the children he has had with Gaia, the Earth, (She is also his mother). Uranus, on a negative psychological level, is an unrelated perfectionism which judges everything human as imperfect. If there are not enough human beings who truly appreciate what is human, and who can offer an opposite point of view, the Uranian viewpoint takes over. We can see this today in the collective attitude towards women’s bodies, ageing, and physical beauty.

We create emotional violence by not having a language and understanding of the feeling function because it has such an important part to play in mediating relationship. When people go down for support, they often become identified with the Furies and in Greek mythology the Furies are angry whenever relationship is violated. In Aeschylus’ play, The ‘Oresteia’, the goddess Athena speaks to them and gives them status and recognition, so they do not have to live in darkness: like us, they have the potential to become kinder if they are treated with kindness.

The instinctive reaction is what has looked after the abuse to relationship prior to the birth of women who can speak up for and mediate the laws of relationship. During this time of transition towards the mediation of feminine energy by conscious women, the birth of ‘The Conscious Feminine’, there has to be a willingness to understand the Furies. As new ways of solving relationship difficulties come in, the less furious They will be.